Virginia has a long and illustrious history when it comes to Thoroughbred racehorses – a history that includes the legendary Secretariat, a stallion born and raised in Caroline County, who won the 1973 Triple Crown.

Virginia has been a great producer of successful racehorses since well before the Civil War and numerous Virginia-bred Thoroughbreds have participated in the Kentucky Derby. The 1960s was somewhat of a golden age for Virginia horse breeding, with approximately 1,400 thoroughbreds produced per annum (4th highest number in the country). Today, the number of breeders in Virginia is much lower and the operations smaller. 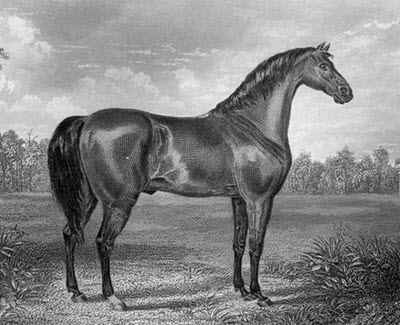 Virginia, officially the Commonwealth of Virginia, is a state located in the southeastern and mid-Atlantic regions of the United States. The state, which smaller than Ohio but larger than Tennessee, is nestled between the Appalachian Mountains and the Atlantic Ocean, and was the location of some of the first English colonial possessions established in mainland North America.

Virginia enjoys a humid subtropical climate which is largely impacted by the Blue Ridge Mountains and the Chesapeake Bay. Even during January, which is the coldest month, the average temperature in Virginia is just a few degrees below the freezing point. The warmest month is July, when the temperature averages around 86 °F (30 °C). The further south and east you go in Virginia, the warmer and more humid the climate becomes.

The main sectors of the economy are agriculture, federal agencies and military facilities. The Shenandoah Valley is especially known for its farms, while a majority of the federal agencies – including the CIA headquarters – are found in the northern part of the state. The military activities are centered around Hampton Roads, since that is where the region’s main seaport is located.

Investing in horses is popular among the rich and famous.  It combines the potential gains of investing with the thrill of watching your own horse compete. Investing in horses is high-risk since horses can be expensive to purchase and require expensive housing and training before you know if the horse will become successful or not.  Only a small number of horses become champions but if your horse becomes a champion you can earn a very high return.  This is especially true for stallions that can produce a lot more offspring than mares

There are groups that allow you to invest in horses together with a collective of other investors.  Horses are despite this usually not a good investment for regular investors.  Regular investors are usually better of investing in the stock market or in a mutual fund.  The potential return might be lower but so is the risk.  Investing in stocks will in most cases give you a better return than investing in horses.  You will need to be very lucky to make a lot of money from investing in a horse or two.

I recommend that you avoid investing in horses and instead chose to open an account with a top broker and invest in high-quality stocks.